Like much of the mid-west of WA, Mingenew boasts a rich history. If you are in town, be sure to visit Mingenew’s Historical Museum – open on select days in the peak season (late July to September) or visit our Shire office to borrow the key and have a look inside. Our local history buffs love to share their knowledge of the district’s history. Here’s just a snippet.

Prior to European settlement, there were many small tribes of nomad Aborigines roaming throughout what is now the Shire of Mingenew.
They pronounced Mingenew as ‘Mininoo’ which meant ‘place of many waters’ or ‘Minyanoo’ meaning ‘place of many ants’!

It was in the early 1840s that the first discoverers were looking for grazing lands north of the Swan River, amongst them the now-famous Gregory brothers. Heading north toward Geraldton, they discovered two substantial coal seams along the banks of the Irwin River. Whilst they initially believed the find was potentially a very valuable resource, the reality was that the coal was useless! Soon enough though, Augustus Gregory was to discover that the land around the river was, in agricultural terms, a ‘gold mine’.

In 1851, Samuel Pole Phillips and Edward Hamersley took up the first land leases in Mingenew and bred cattle and sheep. Mingenew was a farming oasis and they prospered with access to the area’s many springs and soaks. The original spring is located at our caravan park, very popular due to its numerous trees which provide ample shade.

The late 1800s provided plenty of economic benefit to WA in terms of gold discoveries. Although no significant finds were made in the area, with the 1890 construction of a railway line and twice-weekly steam train, Mingenew found itself as a trading and shipment hub for both the resource and agricultural industries. Access to plenty of water made for a logical stop for steam trains to fill up and the town grew substantially. Part of the 1893 railway station still remains today and is undergoing staged restoration.

In 1892, Mingenew had two hotels and three general stores and by 1894 the train ran between Walkaway and Midland Junction. By 1900, the townsite had two hotels – The Mingenew and The Midland – four general stores, three blacksmiths and wheelwrights, four general carriers and one saddler. While many of the colony’s townships were affected by the drop in gold yield in the early twentieth century, Mingenew’s agricultural-based economy ensured the town continued to prosper.

An oldie, but a goodie, as the saying goes. Mingenew, rich in agricultural prowess, is also rich in history and the Mingenew Historical Society are your ‘go to’ for everything you need to know, dating right back to the settlement and beyond. For the adventurous, you can take in 27 fantastic locations along our Historical Walk. You can stay local and do the township sites without building up a sweat, but for others, you may need to jump in the car for trips to locations such as Littlewell Reserve. Either way, follow the ants and enjoy! 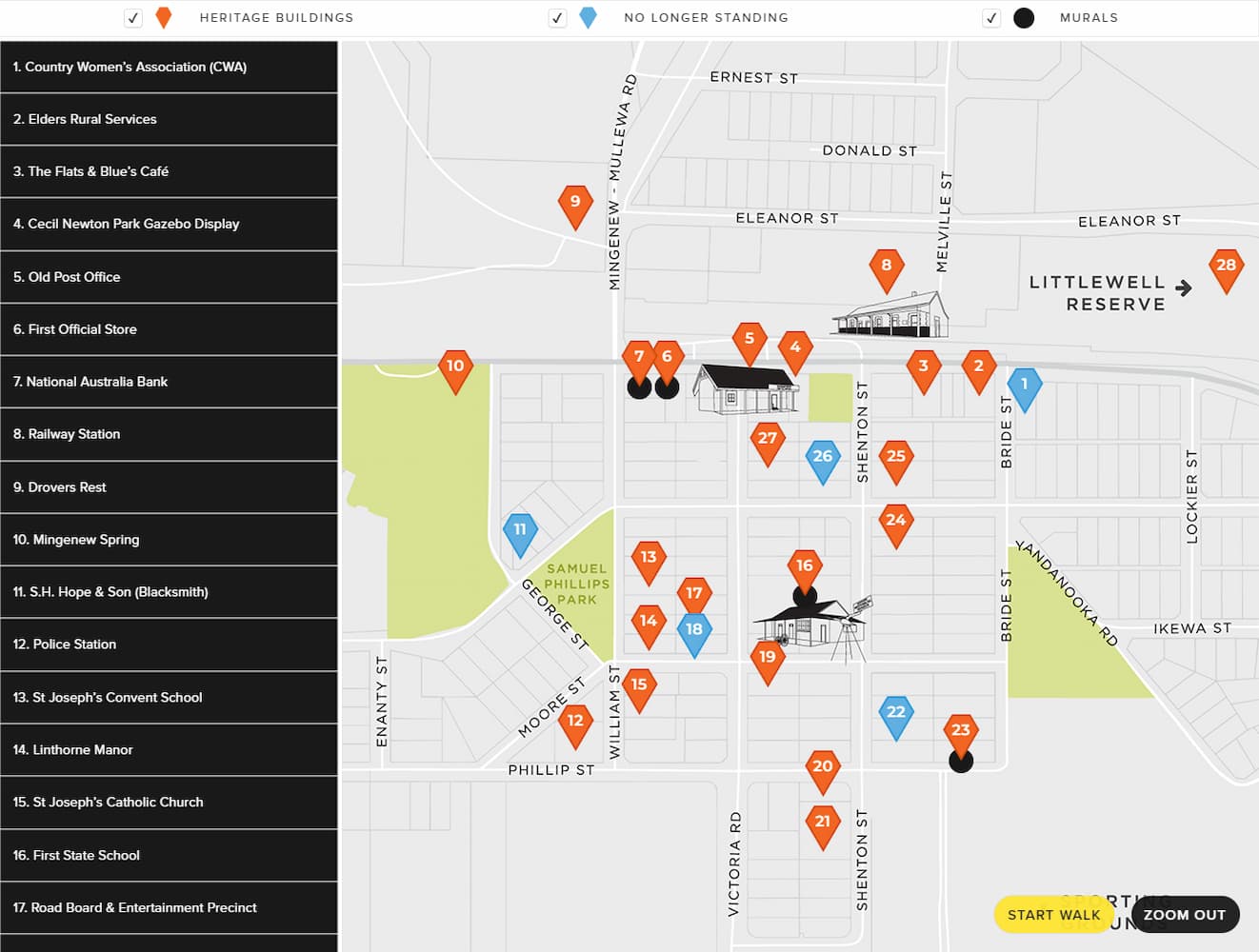